why a brand guardian?

NEVER UNDERESTIMATE THE POWER OF BRANDING

Think of Golden Arches – anyone not instantly recognise those? Think of a swoosh and you’ve conjured up a business. That’s powerful.

WHETHER YOUR BRAND’S BRAND NEW OR WELL-ESTABLISHED – YOU NEED A BRAND GUARDIAN!!

Powerful brands are built on visual identity and consistency, but new material is constantly having to be created. Who, in your company is keeping an eagle eye on that?

Have you invested heavily in your branding but it isn’t hitting the mark and you’re just not sure why?

Is implementing your brand smoothly and cost-effectively giving you a headache? You know everything you put out needs to be creative, innovative, within corporate guidelines and working to optimum effect – not to worry, that’s where I come in.

Brand strength and integrity is vital for the blue chip clients I work with, at the same time every business has to continually move forward and feel fresh. So I have a check list:

If you could use some results-driven, real-world graphic design, on or offline, on time, on budget and on message… If you’d welcome an eagle-eyed brand guardian fighting your corner or if you need projects pulled together effectively and fuss-free… You’ve come to the right place.

I will keep your brand on track, undiluted and working to your optimum benefit. In fact, it was two satisfied clients, Wedgwood and Laura Ashley who bestowed the brand guardian title on me. 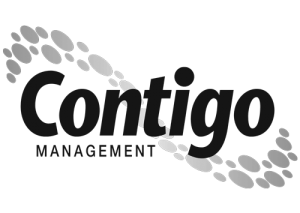 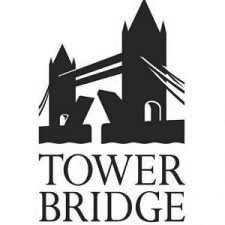 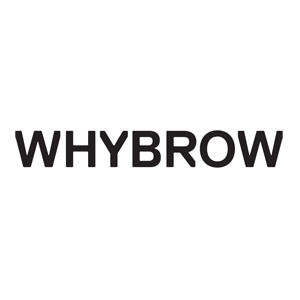 Nic worked on the development of our local market digital hub, the budget was not huge but she managed to produce a website that has worked extremely well for us.

Throughout the process Nic listened to what we required and built the site to suit our needs. Once done she trained us thoroughly and shared comprehensive working notes on all aspects .. and of course was always at the end of the phone and very patient with our questions. 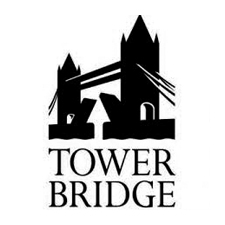 I worked with Nic on the refurbishment of the panels on the walkways at Tower Bridge. The walkways and the glass floors are an incredibly popular part of the visitor experience at the Bridge, and the panels there tell an important part of the story of Tower Bridge. They had been in place for several years and were in urgent need of replacement. Together we re-organised content and sequence of the panels, and put new ones in place. The timetable was tight, and an additional challenge was the re-installation without interrupting the visitor experience. Thanks to Nic and the team the whole operation was a professional, quick and smooth process from start to finish – and the new panels add much needed updated content and fresh design. 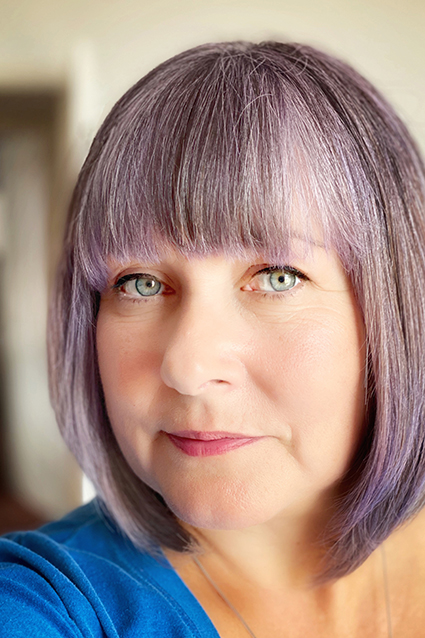 Nic has been a graphic designer and creative director for over 30 years and for 18 years owned and ran a highly successful creative agency. To both physical and digital projects, she brings specialist skill, depth of knowledge and an unerring instinct for what will produce results. She has worked with household names such as the British Library, Kellogg’s, Wedgwood, Waterford and Sony, to name but a few.

Her varied expertise includes a particular interest in the food and retail sector. In her capacity as a brand implementation specialist, she sits as a judge and chair on the Quality Food Awards, is a member of the Worshipful Company of Marketors, and regularly keeps up to date with Chartered Institute of Marketing food and drink events. Nic also helps run the London Chapter of the global organisation Society for Experiential Graphic Design, and has the Freedom of the City of London!

Nic believes in and relishes making life simple for her clients by clarifying processes, smoothing project progress and delivering and marrying up all digital and physical elements. Always at the top of her list though is gaining an in-depth understanding of you, your business and your way forward.

Nicola developed an (almost instant!) understanding of, and empathy for, our brand; having helped design the logo and colour palette she fastidiously applied it to all modes of our communications, all the way from digital/website through to stationery, proposal and drawing templates.
Nicola is a fabulously talented and creative designer who has a keen eye for accuracy and consistency – a very safe pair of hands, someone who we trust implicitly and a joy to work with! 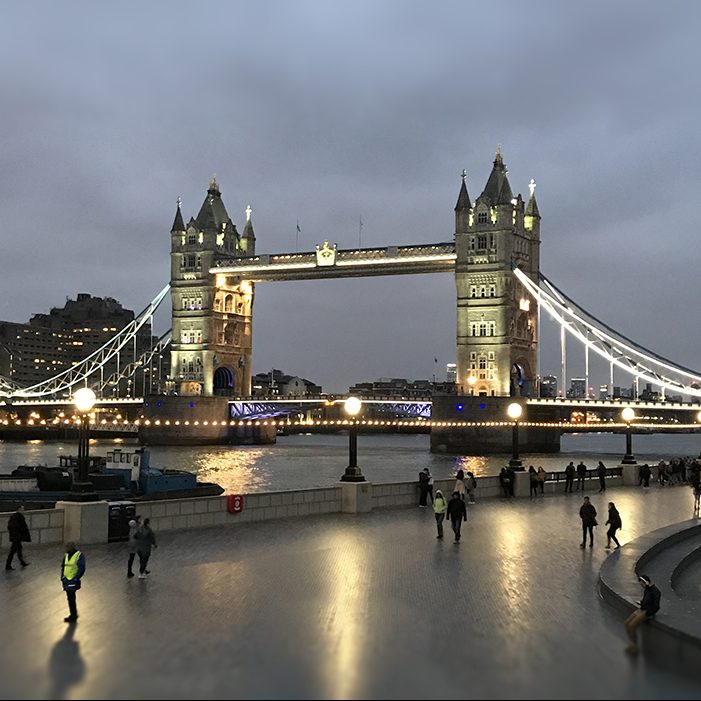 Originally a project for my client Whybrow in 2009 where they completed the wayfinding, signage, (and in collaboration with Atelier Works) the graphics for Tower Bridge Walkway Exhibition and Engine Room Exhibition. And in 2017 they were once again engaged by the City of London to update the panels in Tower Bridge’s East and West walkways. I managed this exciting and historical project from start to finish.

New friezes were created to bring the exhibition up to date, and two additional new panels manufactured. All of the panels were removed, repositioned and new graphics installed over two nights. With over 600,000 visitors a year, the exhibition couldn’t afford to be closed, or left without panels for the daytime tourists and visitors. It also meant I and the team had some amazing views that aren’t usually experienced by the public. And Stan the Studio Dog was on site to ensure that the client, City of London, was happy and had the privilege of being the only dog to ever walk over the incredible glass floor!

“I worked with Nic on the refurbishment of the panels on the walkways at Tower Bridge. The walkways and the glass floors are an incredibly popular part of the visitor experience at the Bridge, and the panels there tell an important part of the story of Tower Bridge. They had been in place for several years and were in urgent need of replacement. Together we re-organised content and sequence of the panels, and put new ones in place. The timetable was tight, and an additional challenge was the re-installation without interrupting the visitor experience. Thanks to Nic and the team the whole operation was a professional, quick and smooth process from start to finish – and the new panels add much needed updated content and fresh design.” 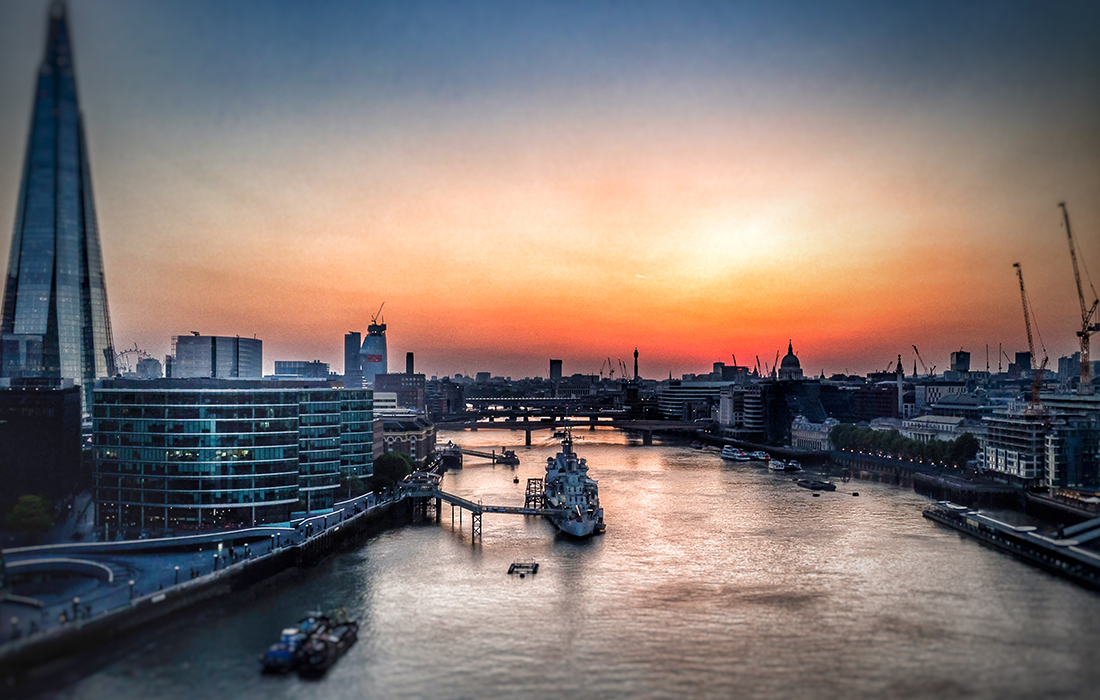 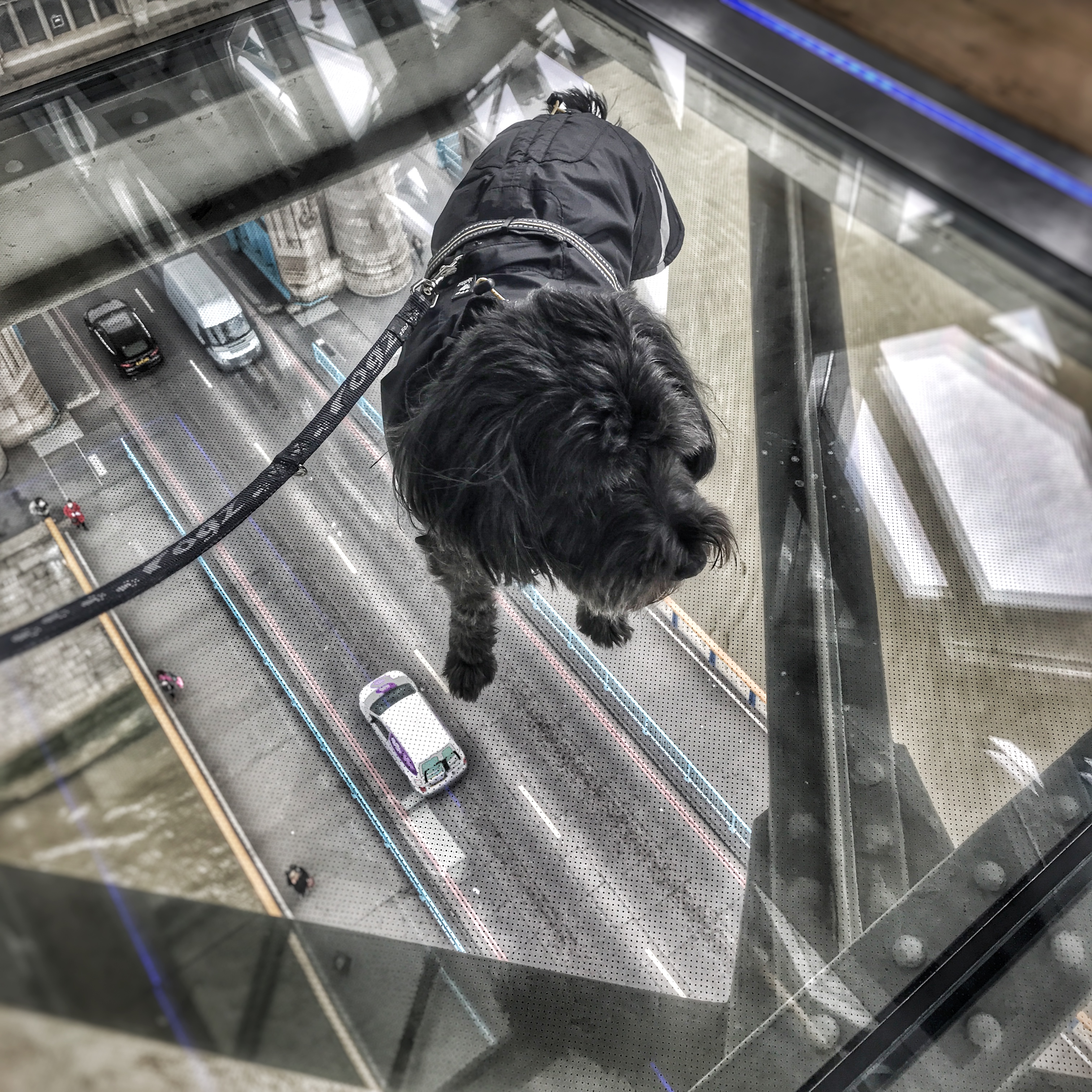 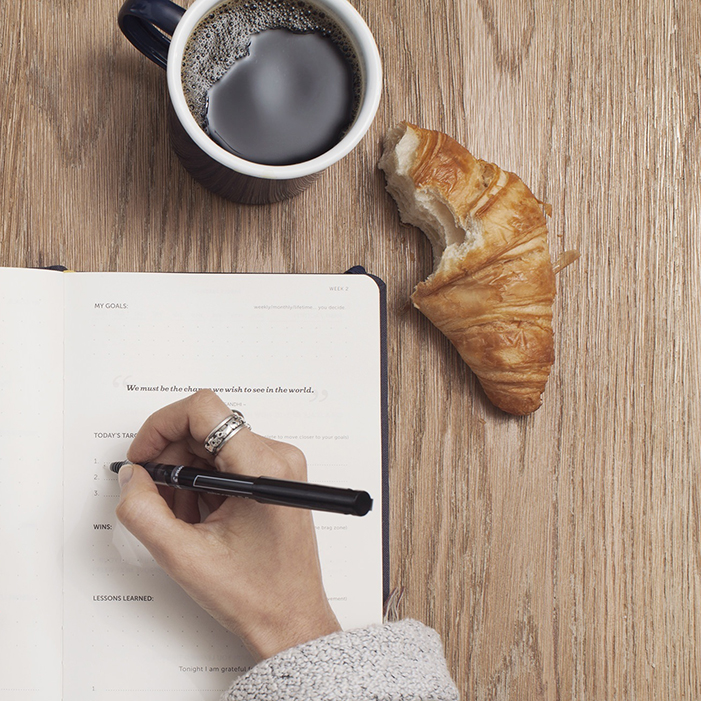 In my line of work we are often restricted by NDAs (Non Disclosure Agreements) and several of my projects are/have been under that banner, this being one of them… so I can tell you the process, what we did, and what the outcome was, but I can’t tell you the client or the product… which is a real shame as it was/is awesome!

I was approached by a category manager to collaborate and work with a major food producer on a new range of fresh products for the UK convenience retail and forecourt market, and ultimately there was the possibility it would be sold into major supermarkets and retailers. Myself, and my team, were tasked with helping develop a new brand, with all elements including packaging, finished artwork, and sales tools, to take the initial 4 SKUs onto the retailers shelves.

There was an existing brand name, but nothing else to work with, so we started by working with the category manager: researching the market, including existing product, the ingredients, and the issues faced in that category.

The new brand was developed to target the audience required (all life stages, particularly younger/family and post family consumers), and this was developed to work with the SKUs . With the future in mind we looked at how this could work as the SKUs increased as the particular market had shown consistent growth across recent years.

Packaging was designed and mocked up, with a variety of the logos and branding applied, and this was narrowed down by the client and category manager to the final approved logo, brand and packaging design.

Finished mocked up images were created, which were then utilised in a fully branded presentation for the client to take on the road for selling into the retailers. This presentation was fully editable by the client themselves if they so wished, and a variety of imagery was provided to allow maximum flexibility.

The result: the product was sold into multiple retailers on the back of the branding and presentation and both the client and category manager was very happy!

Raising the Profile of Fruit! 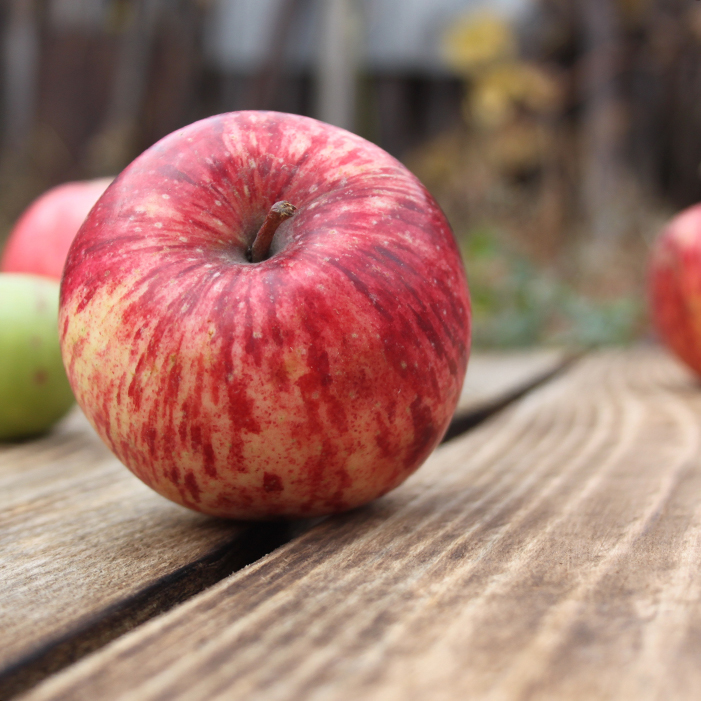 Raising the profile of fruit!

British fruit is where it’s at, food miles are low, it’s super tasty, and supports our producers and farmers. Two projects under one banner here… one I can talk about, and one under an NDA!

The one under the NDA is for a delicious, perfectly portable versatile fruit – snacking, cooking, it does the lot. But the great British public were overlooking it on the shelves for more exotic offerings, our produce needed it’s profile raised, re-branded, and to shout at the shoppers to remind them how amazing it was.

Working with the category manager, and the producer themselves, we developed a new mouth-watering visual presentation, with new descriptions to enhance the publics view of the product and to look at it with fresh eyes.

This was then shown to the retailer, who was impressed with the visuals and new wording, and will be taking this forward into the retail space.

I was approached by a producer, who was new to the realm of the fruit he was growing, to help realise his new business as he had been approached by a supermarket who saw the potential.

The brand story was amazingly easy to do – the farm had a fabulous history, an incredible location in Kerry, Ireland, and the produce was perfect. We started by researching the history, tracking down images from historical sources and gaining the licenses. We simply told the story and the brand book was born…

For the physical brand (the name, tagline, logo and packing) we took inspiration from the produce, location and processes involved. The name was the farm, the tagline Irresistibly Irish was chosen, the colours and fonts screamed artisan and local, and the packaging was developed with the farm as it had to work with the very hands-on processes involved. We helped source local suppliers for the packing to keep it all incredibly local and Irish.

The producer, retailer, and purchasers loved it… job done!

So you think you have a fab food product… now what?!

I’d love to help you with your brand, please do get in touch to discuss your project – or even if you aren’t sure if you have a project! Always available to have a coffee and a chat.

Please use the form here (I never share your details with anyone), give me a call on 07979 853 028, or email me:
hello@nicolawordsworth.com

And of course, please do follow and connect on social media!